Someone saves the ‘Serenissima’, perhaps… with flying boats! 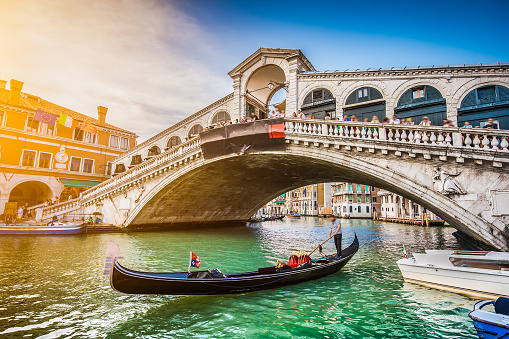 Celebrated in the most beautiful and immortal works of international art, Venice, known as the city of love, is in danger of sinking due to the humanity’s selfishness.

Declared by UNESCO as a “World Heritage Site”, it is second only to the capital city, Rome, in terms of the number of tourists who choose it as their travel destination. It is precisely the potential tourist attraction that is putting at risk the survival of one of the most beautiful cities in the world, I might be biased.

Every year, all kinds of boats cause lots of damage passing through the canals, creating the effect known as “wave motion”, i.e. pollution from the wake that irreparably corrodes the historical and artistic monuments that have adorned the city over the centuries.

The Italian government attempted to protect its lagoon and gold mine by introducing the “Modulo sperimentale elettromeccanico” (MOSE – 14 May 2003), a system of mobile dams designed to prevent and reduce the action of contrails. The project, which risked being interrupted due to an anti-corruption investigation with the subsequent arrest of 35 people and over 100 suspects, was tested for the first time on 3rd October 2020, with a positive outcome. Work is scheduled to be completed by 31st December 2021.

At present, the process is still pending: some of them have opted for a plea bargain, with sentences of up to two years for corruption and tax fraud, while the judge for preliminary investigations has approved the confiscation of assets worth EUR 23 million. The case has been declared one of the most shocking judicial investigations of the century, earning the title of ‘Italy’s new Tangentopoli’

In the face of the crumbling of the “Serenissima”, a Swedish boatbuilder focused on sustainability is already presenting a new product at the Venice Boat Show (29th May to 6th June). Candela Speedboat launches it’s foiling & flying electric boats!

These are remotely controlled hydrofoil boats, that allow the hull to rise above the water, reducing friction and, in fact, decreasing wave motion by up to 80 %. With low energy consumption and almost zero noise emissions, the Candela-7 is designed to produce a wake less than 5 cm high. In short, equal to the wake produced by an oar of the most famous Venetian icon, the “gondola”.

Could flying boats be a dream of the future and the last anchor of salvation for the Serenissima?